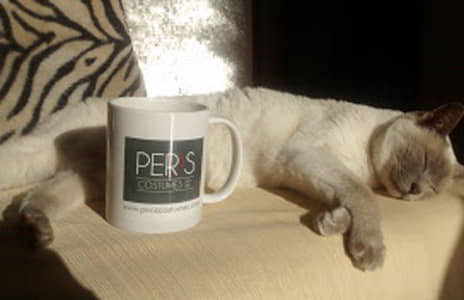 To all of us who were born in the confines of the American continent, the word “DISNEYWORLD” registered in our imagination as a superlative adjective … fantasy of an incredible, unique, universal, umbilical, utopian world …

That adjective was all I needed to try to tell my team what Peris Costumes is:

In 2017 the project “Don’t cry for me England”, with director Néstor Montalbano had the best costume resolution in Peris Costumes.

Film set in 1806 and 1807 when the English invasions of Buenos Aires occurred, capital of the Viceroyalty of Río de la Plata, a colony of the Spanish crown at the time.

An ironic and humorous fiction about this historical fact involving football (recently regulated in 1863), in the 1986 world history, Maradona, hand of God, cosmic kite.

World to recreate the colonial, plus the invading and defending armies. Impossible to rent and endless to carry out (on time and budget), adding the fictional world of soccer: complete sportswear (creation of shirts, pants, boots), with local identity and national that would be designed and carried out yes or yes.

It was then that the production manager, Marcela Ávalos proposed to connect us with Peris Costumes.

Everything from there was a wonderful meeting, we worked by email in a frantic round trip of my presentations with the style, the color palette and textures for each character, quantities of uniforms of the different English and Spanish armies, ranges and sizes , accessories, hats and shoes.

Until my arrival in the week of October 10 to 15 where they waited for me with everything checked by email ready on huge coat racks and the loving availability of Miguel first and the talented Eva Galvache, who did not rest on the October 12 holiday and was by my side with the same passion so that I had the most precious wardrobe to wear in a week. An Argentine woman always appears and I met Myriam Wais who redoubled her efforts for my comfort, to invite me to a premiere, to pamper me.

Yes, I had the privilege of being treated like a queen, I was first in the central Madrid headquarters where my admiration began, and then I was taken to the ships of Algete where I felt like a Cinderella in the most beautiful palace.

There where today they have a warehouse for contemporary clothing, one for jewelry, another for shoe stores and more and more; In short, they have not stopped growing and providing excellent services to colleagues from all over the world.

The “disneyworld” has outgrown me.