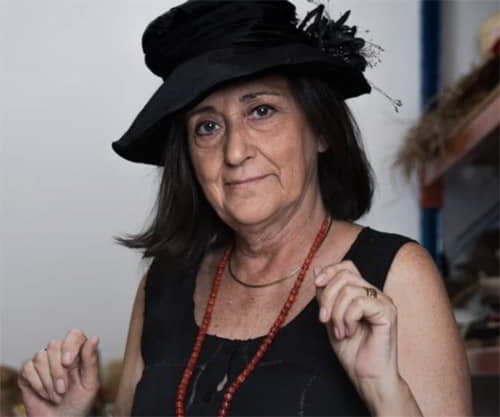 We are proud to tell you that the Portuguese Film Academy will award the Barbara Virginia Prize to our beloved María Gonzaga, in charge of the tailoring and atelier of Peris Costumes Lisboa.

Award instituted in 2015 to honor women who distinguished themselves in Portuguese cinema.

María has talked about a great career in film throughout her professional life, we can see her appearances as an actress, but mainly she has been based on costume design. Since the early eighties he has created wonderful costumes for national and international productions.