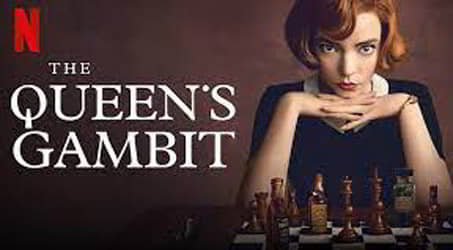 Once Costume Designer Gabriele Binder had read the scripts for the first two episodes of “The Queen’s Gambit” from Netflix , she immersed herself in the chess books to properly develop the costumes for the main character Beth Harmon.

Taking his cue from his research, he decided that Beth’s costumes would stay away from flashy prints, choosing instead for plaids or simple stripes. “I thought that during all this travelling to different places and playing chess, she’s learning about places, observing people and understanding more about herself and growing up,” Binder explained. She’s going from being a little girl in orphanage uniform dresses to someone who suddenly knows her femininity”.

Binder also wanted to keep the colors muted for Beth because with her strong red hair, wearing bright colors would have presented her as “someone who really wanted to say, ‘Wow, here I am,'” she said, which would have countered the chess prodigy’s determined nature.

Yet green is the central colour in Beth’s story. Just after losing her mother in  an accident, she dons a sage-colored dress, a shade that reappears in the handful of pills she consumes as a young girl. Later, in Paris, which Binder described as her “weakest moment”, Beth rushes out of the hotel to attend a chess game in a light green dress. When she arrives in Moscow, her “home color” changes from a sign of weakness to a symbol of strength. “By the last game, we have exactly the same color as at the beginning, with the car accident, and she has finally arrived,” Binder said.