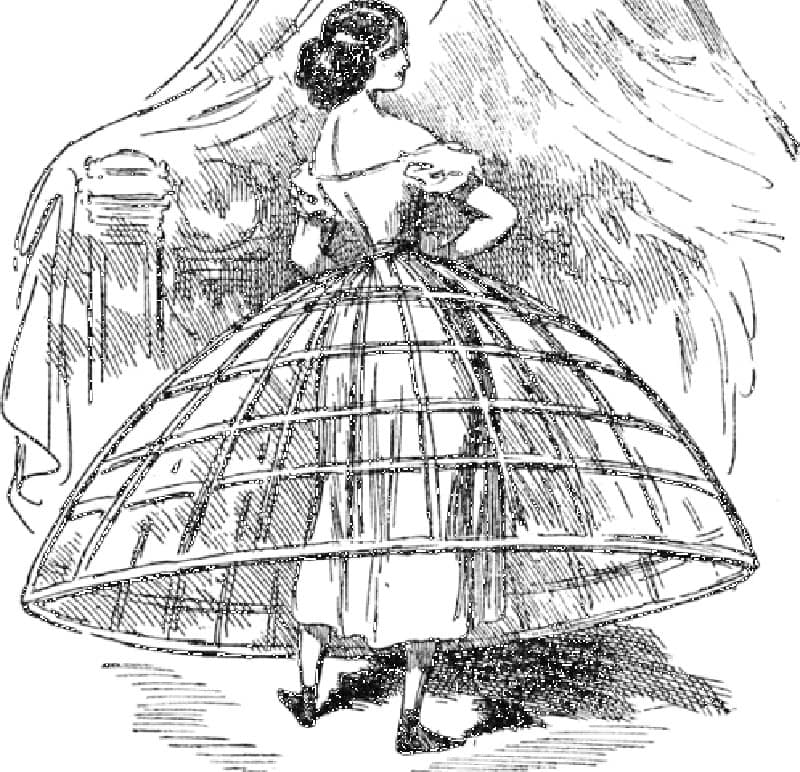 Before talking about the incredible frames of the time, did you know that it was in this century that the first fashion magazine appeared in Spain?

Specifically, in 1821 the Ladies’ Newspaper was born, which was guided by magazines from other countries such as The Lady’s Magazine (London, 1770) or Le Journal des Dames (Paris, 1797).

It is a great advance, since they allowed to know international tastes in the simplest way so far. And as if that were not enough, the first tailors with their own signature begin.

Really a period in history full of political and social changes, where of course, fashion plays a very important role. However, it was subject to strict protocol, which provided the type of wardrobe for each activity (religious or political acts, walk, dance, visits …).

Is the 21st century the time of appearances? We can ask ourselves this question because we have not lived in 1800, social networks are nothing compared to the perfection of absolutely everything at that time: volumes, from fabrics, through volumes, necklines,…. And of course, the etiquette did not understand breaks, being at home was no excuse for perfect.

Obviously, to be impeccable at the time it was not worth simply wearing an appropriate dress or outfit, but the undergarments should also be.

The frames that women have used throughout the history of fashion to create magnificent volumes and cinch the waist are different, at this time we do not find only one, that is why it is so extremely interesting, the time was divided into small periods, depending on the ideal silhouette of the woman to be achieved.

We begin with the costume stages of this century.

During the first two decades (1800-1819), there is a continuity of the Empire Style (started in the previous century).

The feminine suit is summarized in simple lines, cut sizes below the chest, up to the ankle and very pronounced necklines. Made with muslin of natural colors, they could also use chiffon, even silk, but the most common and characteristic was muslin.

If we talk about ornaments, the most typical are ruffles, so called neck ornaments made of folded and alechugado canvas. The one that could not be missing was the scarf (shawl) since, being the muslin dresses, they were not suitable for European winters. Especially the cashmere scarves that protected from the cold and adorned with their precious patterns. Other garments to protect from the cold were English garments such as the Spencer (short jacket, generally made of wool) and the redingote.

This style has a very peculiar history, it became fashionable when Napoleon gave a dress to his first wife: Josefina Bonaparte. The dress we are talking about was white, volatile, short sleeved, high waisted and narrow under the bust. Of course, made with muslin.

Piece that is part of our 19th century stock. https://periscostumes.com/seleccion-stock/siglo-xix/

And… .. what you were waiting for! The underwear worn by women of this Style was the simplest of the entire century. They did not wear a corset, it was unnecessary since the dress did not require adjusting the waist. They also did not wear any other frame at the hips, the dress simply fell to the ankles.

The second stage is called Romantic Fashion, from 1820 to 1870. In this period, the standards of women’s fashion pose difficulties in freedom of movement, unlike in the previous era. The woman’s silhouette changes due to the use of undergarments such as the corset, the crinoline or the crinoline, and outer garments such as wide skirts, ruffles or quilted effects; thus structuring the costume of this time so that the woman was seen with a very narrow waist, dropped shoulders and a skirt with a lot of volume.

In addition, the year 1830 is characterized by the introduction of prominent sleeves to women’s clothing.

In Peris we have a great variety of frames from each era.

One of the most striking undergarments in fashion history is the crinoline, an iron shell shaped like a bell, providing immense volume.

Its composition was somewhat peculiar: a hodgepodge of iron joined by horse hair, sulfur welds, or pieces of cloth.

Before this invention, women had to wear up to eight layers of petticoats in order to add volume.

As a curiosity, while the ladies of the bourgeoisie lacked freedom of movement, some voices began to rise to lead the first feminist revolutions.

Crinoline. You can see more on our website: https://periscostumes.com/seleccion-stock/siglo-xix/

This century never ceases to amaze, in 1851 the first singer appeared and in 1856 the synthetic dye.

The jewerly! Our essential accessories, in 1860 have greater prominence, they are bigger, more impressive.

Another characteristic fashion was the velvet ribbons tied around the neck for the evening in a style similar to the fashion of the Georgian era (the origin of the modern choker necklace).

Starting in 1870, the bourgeoisie was reassured by extravagant parties and consequently by those princess dresses that contained approximately 15 meters of fabric.
This is how the era of the bustle arrives, where the voluminousness of the dresses was thrown back. This frame was tied at the waist under a pair of petticoats, so that the dresses would bulge at the back, but falling straight ahead. In this way, the ideal of a feminine silhouette changes again.

This so-called impressionist style is represented in paintings such as those of Monet or Renoir. It ends in 1890.

In Peris we have a great variety of frames from each era.

You can see all the interior pieces that were worn under a dress from the bustle period on our Instagram: https://www.instagram.com/peris.costumes/

And we come to the last stage of the century, Belle Époque (1890-1914). In which the ideal silhouette for women was in the shape of an “S” or hourglass, to achieve it they used a lot of ornamentation.

Period full of revolutionary advances such as the appearance of the automobile, and improvements in means of transport. Likewise, advances in communication systems make fashion reach the whole world.

France was the center of fashion and the “Gibson girl” was the epitome of the ideal of beauty. The most characteristic of this stage were large and ornate hats, dresses or long ensembles that covered the entire body, a wide variety of fabrics and capes of animal skins.

The truth is that they were spectacular clothes, but now we can only think how long it could take to get dressed.