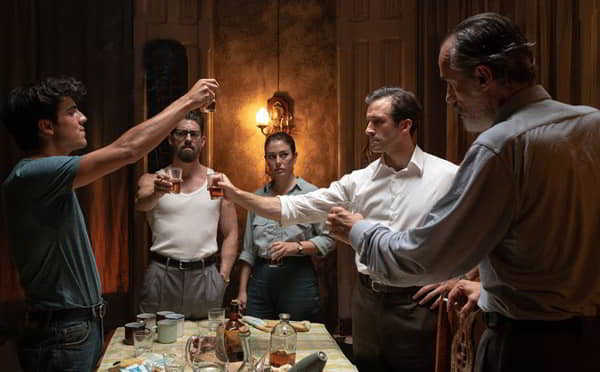 On September 22 we will be able to see this disturbing story created by Ramón Campos and Gema R. Neira, written by them along with: David Orea, Salvador S. Molina, and Moisés Gómez.

Contextualized in Spain in the 60’s, where Isabel Garrido, a young Spanish woman who survived the extermination of Mauthausen, will discover throughout her story that she is not alone in her mission and will join a group of agents who are…

“Jaguar is the story of a group of people united by pain and the desire for justice. It is a story in search of justice, but it is also a story of friendship. Of finding those who understand you and would give their lives for you. Because while most of the world moved on, the survivors of the Nazi concentration camps could not forget”. Gema R. Neira

Produced by Bambú producciones with Ramón Campos and Teresa Fernández-Valdés as executive producers.