Home / News / The list of the five films nominated for the San Sebastian Gipuzkoa Film Commission Award is now available. 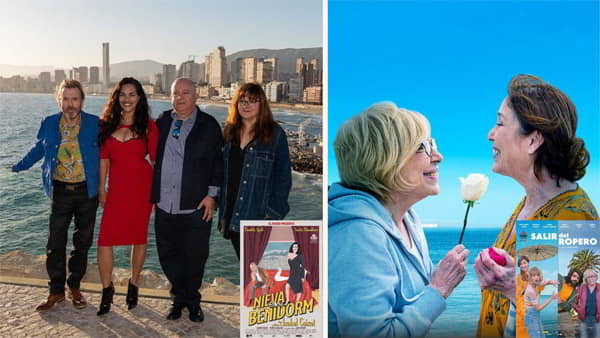 The San Sebastian Festival has already begun the activity of the tenth edition of its award, which aims to recognise the work of Spanish production companies and Film Commissions whose filming generates employment and economic activity in the locations that become their settings, and which have an impact on the image of these same territories.

This year, 29 films were submitted and five were selected. The film that best reflects the values of the place in which it will receive a prize of 7,000 euros for the film production company and 3,000 euros for the collaborating Film Commission.

We are happy to be represented with our costumes in two of the nominated films: ‘Salir del Ropero’ and ‘Nieva en Benidorm’. Congratulations to all the nominees. The award will be presented on the 24th of September during the 69th San Sebastian Film Festival, in a ceremony at the Hotel María Cristina and will be attended by the members of the jury who will announce the winning film, as well as representatives of the winning film and the collaborating Film Commission.