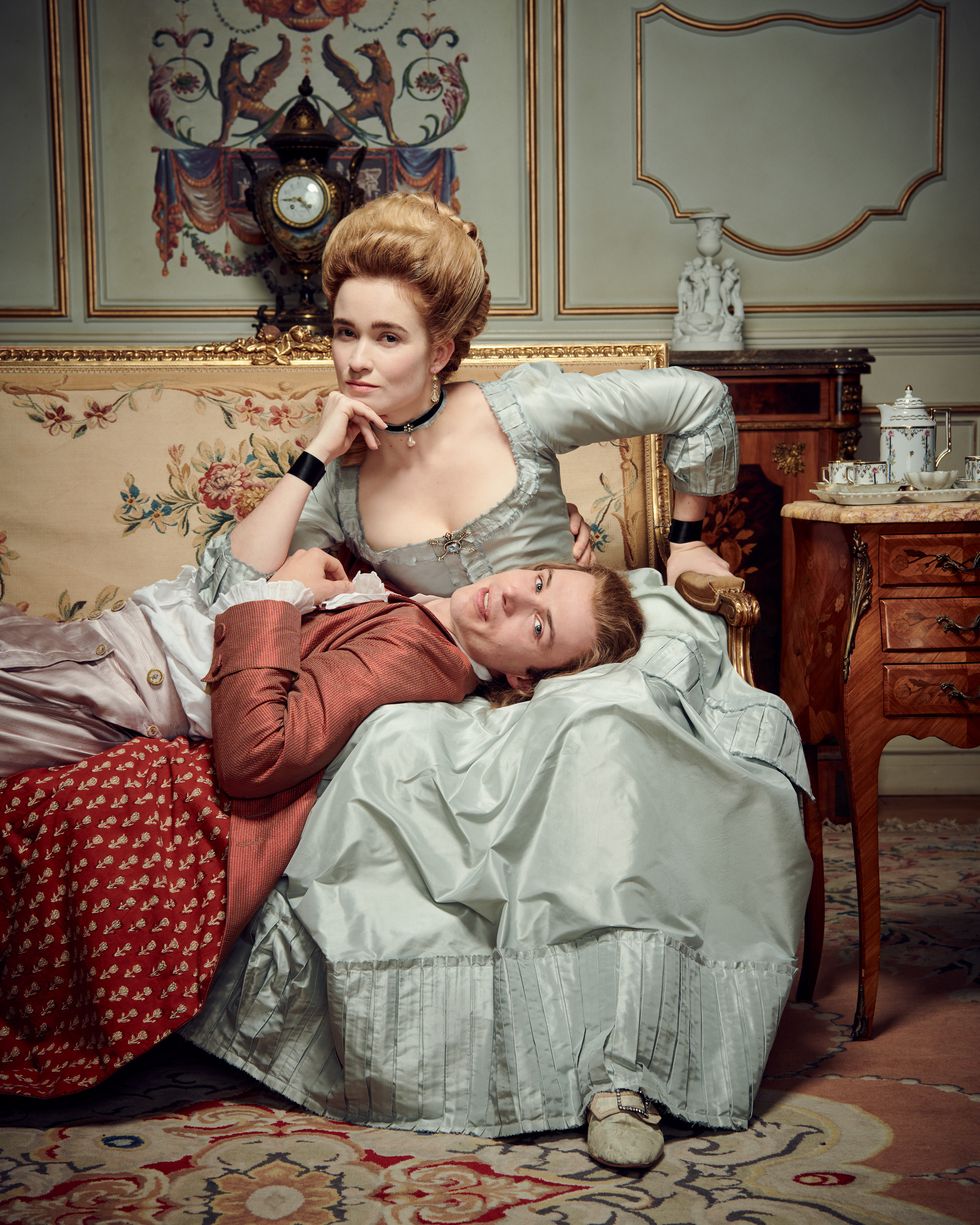 Starz launched the first episode of its new series Dangerous Liaisons on 6 November. They are so convinced of its success that a second season is already scheduled.

The production is created, directed and produced by Harriet Warner, and is the umpteenth adaptation of Pierre Choderlos de Laclos’ 1782 novel Les Liaisons Dangereuses. This time, however, we go back to the time before the well-known story, when the Marquise de Merteuil (Alice Englert) and the Vicomte de Valmont (Nicholas Denton) are still lovers, and begin their quest for power and survival through seduction, deceit and betrayal in the exciting and decadent pre-Revolutionary Paris.

Peris Costumes enjoys working on period productions, especially on the elegant and aristocratic 18th century, and with costume designers such as Andrea Flesh.