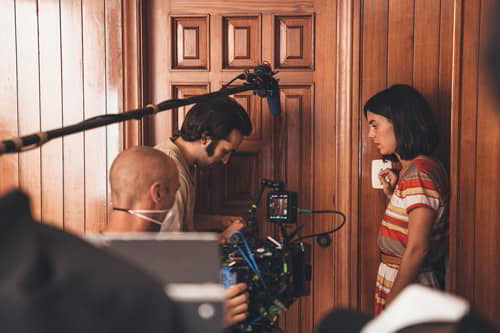 The director Óscar Aibar, gives us a personal experience transformed into a thriller. He tells us that twelve years ago, in a beach restaurant, next to the photos of celebrities, there was one of a group of Nazis having paella. His reaction was astonishment, and he didn’t hesitate to ask, the answer was that it was a group of Nazis from Denia who were going there to celebrate.

He has been preparing this project for years, specifically 10 years of research where he discovered that a community of Nazis lived on the Costa Blanca, first under Franco’s protection and then during the Transition. Óscar Aibar says that he did not investigate just to find out if there was a community, but also why they could walk around in uniform.

He also dismantles the stereotype of the destination of many Nazi officers: Latin America. Exile was much closer; they could even travel to Germany or France.

Actor Ricardo Gómez plays the young policeman who is the protagonist of the story.  This character seeks to uncover the motives behind a murder that seems to be a closed case, but if you pull the thread…

The premiere of the film will take place in the official section at the Malaga Festival.