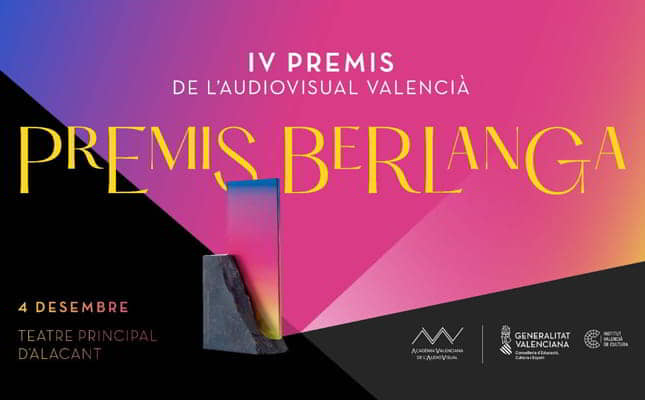 The 4th edition of the Valencian Audiovisual Awards, now known as the BERLANGA AWARDS, has been held.

The gala, organised by the Regional Ministry of Education, Culture and Sport, through the Institut Valencià de Cultura and the Acadèmia Valenciana de l’Audiovisual, was held at the Teatro Principal in Alicante.

We would like to send our congratulations to the whole team of the film El Cover, in which we were lucky enough to collaborate, for the four awards won in the technical categories and the award for best supporting actress. And we send our special congratulations to Giovanna Ribes for her award in the best costume category.