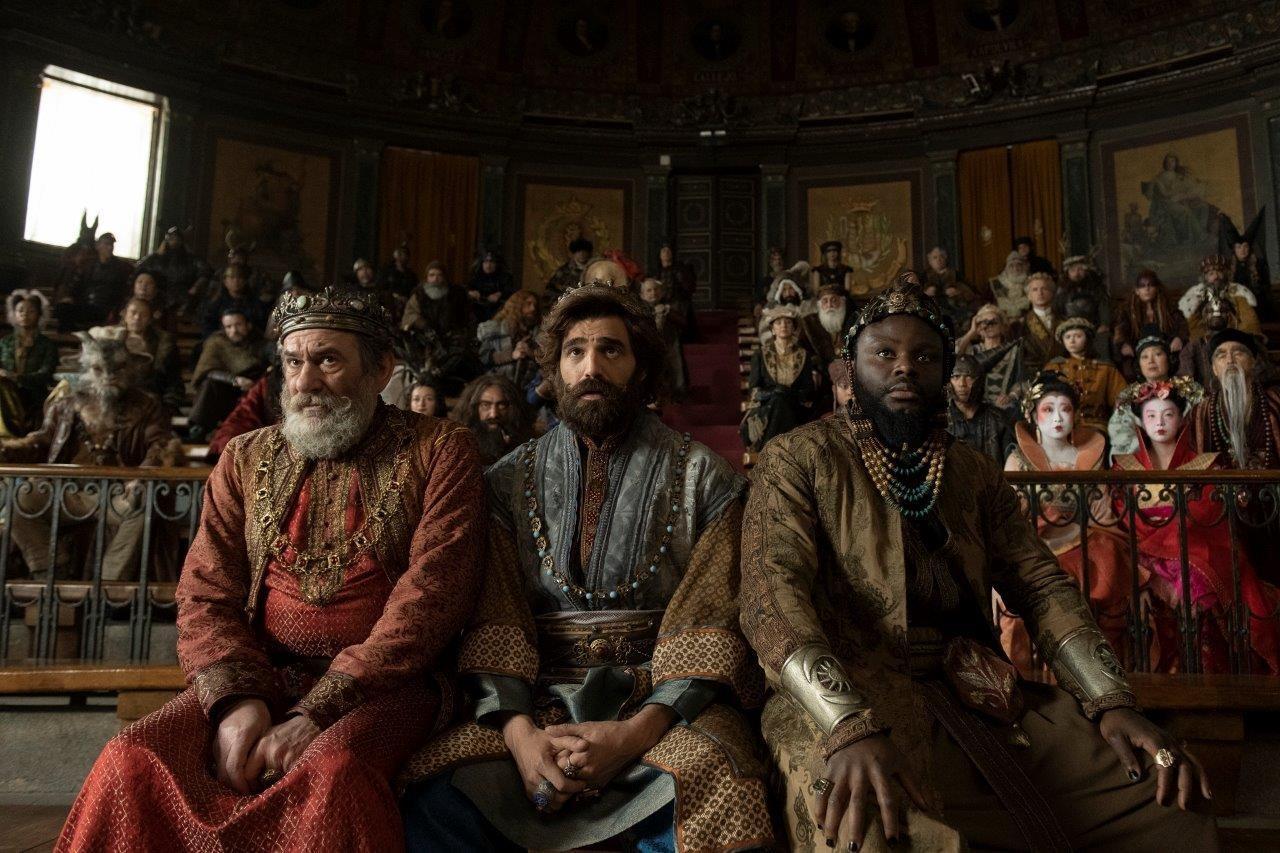 On Friday 18th November, the new film by Paco Caballero, Reyes contra Santa, opens in Spanish cinemas. It is a comedy about the confrontation between the two great Christmas traditions: the Spanish traditional Three Wizard Kings and the popular Santa Claus.

The Reyes Magos, fed up with Santa Claus taking the limelight away from them, have decided to declare war on him and regain their place. A confrontation that, unwittingly, will awaken a much more dangerous common enemy that has been dormant for centuries.

The film, produced by Morena Films with the participation of Prime Video and RTVE, was created with the intention of sharing the illusion, beauty and magic of Christmas with children and adults in a humorous way. It features Karra Elejalde, David Verdaguer and Matías Janick as the three Reyes Magos, Andrés Almeida as Santa Claus and Adal Ramones, Eva Ugarte and Isa Montalbán in the cast.

Javier and Estrella’s tailoring and saddlery workshops have handmade the costumes of the main characters, authentic pieces of art of which we have to share some examples. We are very proud to see them in the cinemas.