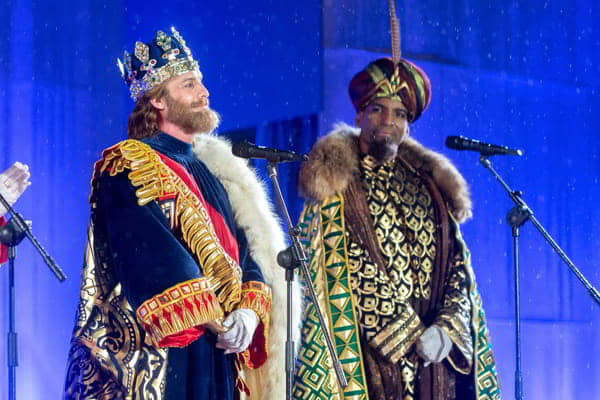 One more year our costumes shone in the traditional Parade in Madrid #CabalgatadeReyesMagos Their Majesties the Three Wise Men from the East, despite all the difficulties, did not want to miss this important event.

This year the central theme of the parade was astronomy, they had a huge telescope that the Kings were using to decipher all the secrets of the Star of the East and to distribute gifts to all the children of the world.

We would like to thank the costume designer Ana Garay and her team Ana Belén Llorca and Juan Cruz for their trust and the great work carried out side by side with our team.