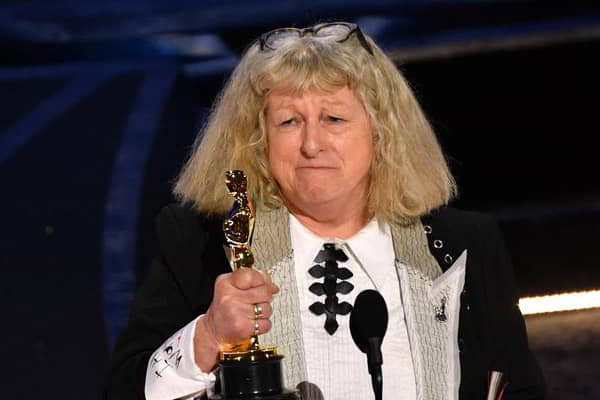 British designer Jenny Beavan won the Academy Award for costume design for “Cruella”, she says her work has nothing to do with fashion, but with storytelling. But this time the story had a lot to do with fashion.

For the film, about the origins of one of her most famous villains, Jenny Beavan had to delve into the minds of two fashion designers. Cruella, played this time by Emma Stone, a young aspiring designer, and Baroness Von Hellman, played by Emma Thompson. We are proud to have been part of this project.

Beavan began her career in the 1970s in the UK. At the time, the designer, a member of a musical family, knew she wanted to pursue a career in the arts, but her idea was to design sets for the theatre. When there was a need to ‘cover’ for a costume designer, the fate of her career changed.   Beavan remembered the seventies style very clearly, and his memory was the guiding compass that directed his work on “Cruella”.

Punk style is very present in Beavan’s designs for “Cruella”: the designer mentions the influence of Germany’s Nina Hagen.

At the age of 71, Jenny is a true Hollywood legend with 11 nominations and a two-time winner of the famed statuette with “A room wiht a view and Mad Max”.