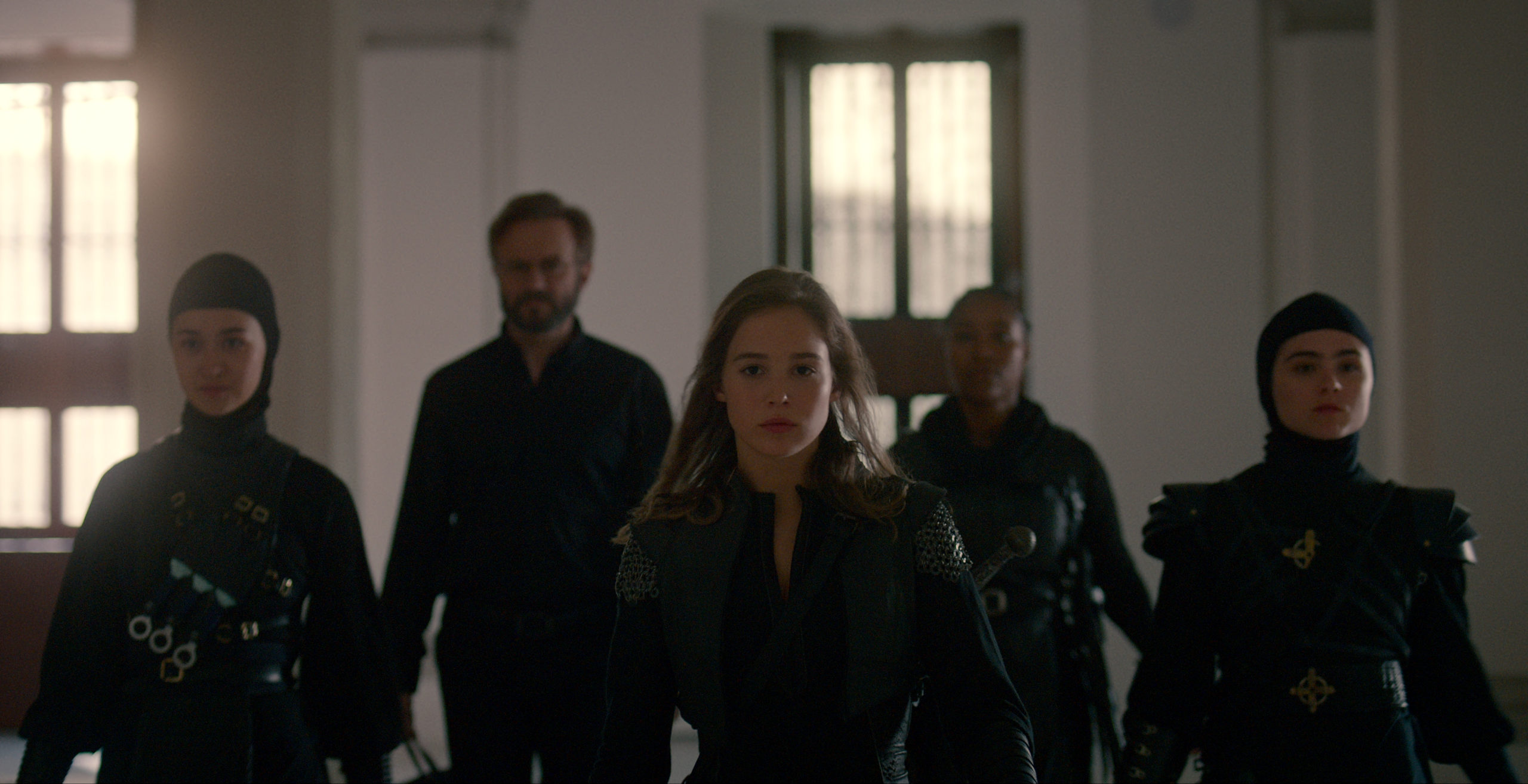 The second season of Warrior Nun, based on the Warrior Nun Areala comic book by Ben Dunn, was released in November and remains on Netflix’s Top 10 list. The eight episodes were shot mostly in Madrid by production company Fresco Films.

Ava’s work and Sister Warriors of the Order of the Cruciform Sword will confront the powerful angel Adriel, who wants to subjugate the human kind to his cult. To save believers and non-believers, the Sisters must find the crown of thorns of Jesus of Nazareth, the one he wore during his crucifixion.

Alba Baptista returns to the lead role as Ava, and is joined in the cast by William Miller, Tristán Ulloa, Kristina Tonteri-Young, Lorena Andrea, Toya Turner and Thekla Reuten.

We would like to highlight the work of our saddlery workshop for this series and the participation of the Peris Digital team, who digitised several of the main characters, as well as their costumes and objects, to be used in post-production and special effects.