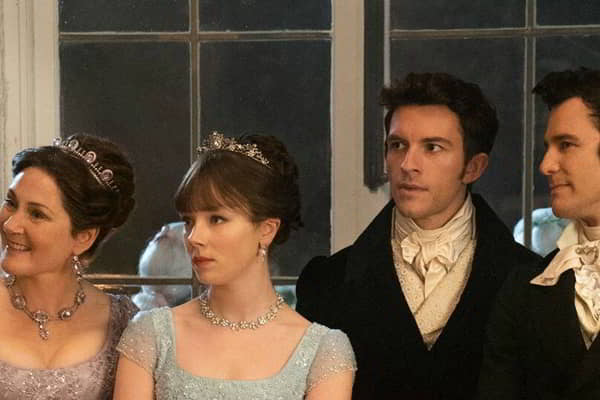 Showrunner Chris Van Dusen confirmed that production on the second season of Bridgerton has wrapped and shared a behind-the-scenes photo featuring himself and the show’s two leads, Jonathan Bailey and Simone Ashley. The series will be on screen in 2022.

Following the conclusion of the first season, the second season of the hit Netflix series will focus on the Bridgertons’ eldest brother Anthony (Bailey), who decides it’s finally time to settle down with a his own family.

While Anthony sets his sights on this season’s new incomparable, Edwina Sharma (Charithra Chandran), it’s not long before her sister Kate (Ashley) ends up ruining all of Anthony’s plans.