Home / News / A new Movistar channel is born as a result of the alliance between Movistar+ and the Platinum Awards. 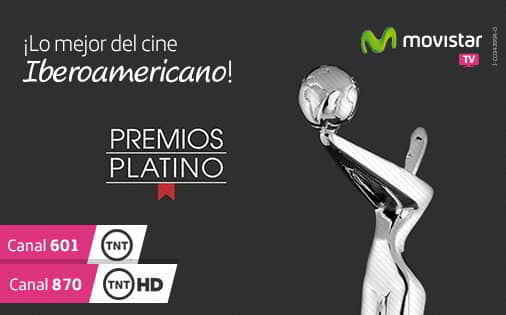 Movistar+ continues its ongoing support for Spanish-language cinema, a great contribution to giving greater visibility to Ibero-American films and series, by partnering with another of the main players in the audiovisual sector in Spain: The Platinum Awards.

This alliance is already available on the platform with the Movistar Premios Platino channel (dial 36, also available on VOD from 24 September to 4 October).

On Monday 4 October, to close the channel, Movistar+ will broadcast the Ibero-American Film Awards Gala in prime time (22:00). The ceremony will be presented by Juana Acosta and Luis Gerardo Méndez. Movistar+ will also be physically present during the week of the Platinum Awards in Madrid with an exclusive set. Some of the stars of the awards and the fictions being presented will be there.