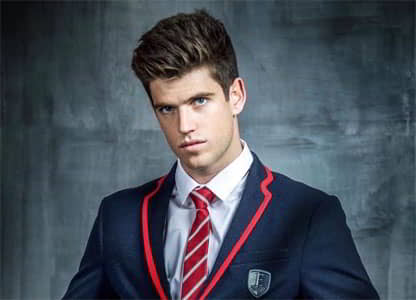 The fourth season of the Netflix series Elite is being filmed. It will feature well-known faces such as Miguel Bernadeu, Claudia Salas, Manu Ríos, Diego Martin, Andrés Velencoso and more. A series in which social inequality, prejudices and labels, respect and diversity take as a scenario at High School .Cristina Rodríguez, the series’ costume designer, create  the costumes  for the characters and narrates, through each garment, the evolution and personal growth of the actors in each episode. According to the costume designer, the entry of the unisex universe into the wardrobe of ‘Élite’ is important. “I have been fighting for it since the beginning of the series and it is going to be the basis of the series at an aesthetic level”, confirms Cristina.

The costume designer and her team create in the streets, constantly looking and searching for references.  “Telling what is happening in the world is the responsibility of cinema and series, and now the world has decided that there are no more genres or labels,” says Cristina Rodríguez.