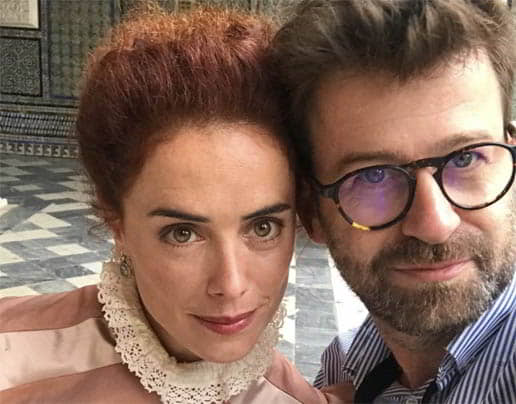 The series The Plague has been premiered on HBO LATAM; the whole story is set in Seville in the 16th century. A carefully produced series that recreates the atmosphere and the sorrow of the city that lives under the punishment of the Black Death.

Seville, says HBO, was the great city of the western world, the port that connected Europe with America.  The Plague was one of the most ambitious Movistar productions in 2019, with a budget of 10 million euros. With Paco León, Pablo Molinero and Patricia López Arnaiz

The process of creating the costumes for the series has been a major challenge for the costume designer. Fernando says that his work consisted of two months of research, together with a historical advisor. “I started to study from the Middle Ages onwards” to find out about the evolution of clothing and habits. He consulted bibliographic, pictorial and film documentation.

Fernando is responsible for the costumes of 120 actors and more than 2,400 extras. He has had to find and rent almost 2,000 costumes and design the one for the main characters: Teresa (she alone has 7 dresses, nightgown…), Mateo, Eugenia, Valerio, Celso.

In design he has fled from gilding and overlaying fabrics. Gilding only appears on brooches, buttons and metal applications. Similarly, he has discarded fabrics such as satin .

Some licenses have also been allowed : Manila shawls did not exist at that time, but they appear in the series. Not much, but enough to give a touch of colour to the Chinese scenes of their embroidery. There are also no ruffles essential pieces for knights, gentlemen or nobles. They have been replaced by small collars.