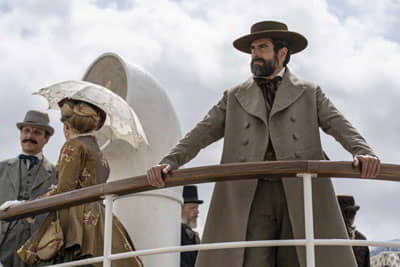 The long-awaited series La Templanza, based on the novel by Maria Dueñas, already has a premiere date.

On March 26th we will be able to see this story of love and adventure. A self-made man and woman whose destinies are about to converge in a fascinating place and time. After a long period of preparation and filming, Amazon announces its premiere.

With actors Leonor Waitling and Rafael Novoa as protagonists.

A great work of all the wardrobe department composed by professionals of important trajectory as Txaro Diego.

Most of the scenes were shot in Jerez but it was not the only location, for a fiction set in the nineteenth century that travels to different parts of the world.