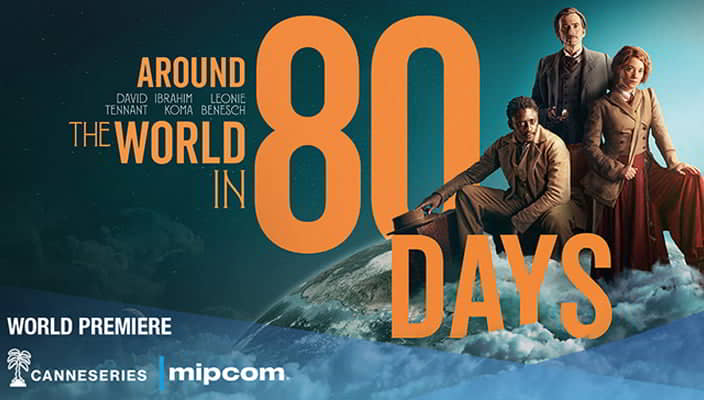 Movistar Plus+ has acquired the rights to ‘Around the World in 80 Days’. The adaptation of Jules Verne’s novel with the same name will premiere on Movistar+ s  on Thursday 24th February at 21.50 on channel #0.

It is one of the first series produced by The Alliance of European public broadcasters.

The eight one-hour episodes, filmed in English, are the brainchild of Ashley Pharoah and Caleb Ranson. The new version includes all the book’s themes of travel, adventure, and a willingness to experiment and we have made them our own.

The series is a European co-production by Slim Film and Federation Entertainment for The Alliance (France Télévisions in France, ZDF in Germany and RAI in Italy).