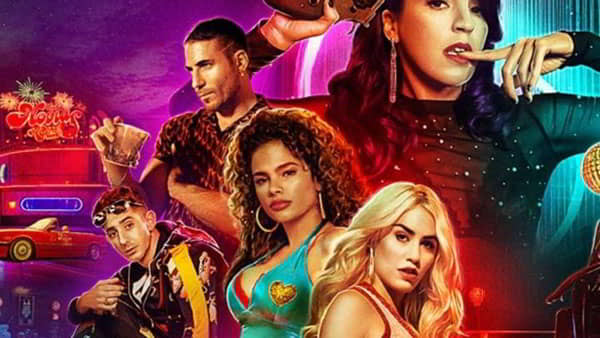 After a year of preparation and filming, the series is now available in 190 countries and more than 20 languages.

In a Tenerife of pastel colours in contrast to the flashy neon lights that feed the photography with colour, Sky Rojo is a thriller with tinges of black comedy and action, with touches of humour.

With an international cast: Lali Espósito, Verónica Sánchez and Yany Prado as the female lead trio; and Miguel Ángel Silvestre, Enric Auquer and Asier Extendía, who represent the opposite side of the plot.

Good and evil symbolised in a colourful and particular aesthetic where the costume designer Carlos Diez has created a marvellous fantasy of colours and sensations that makes us travel to the desert.