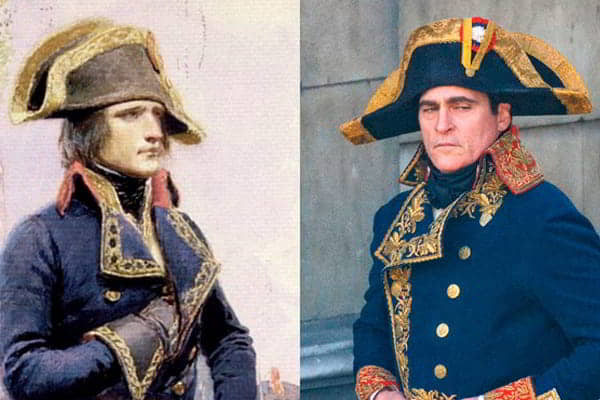 The film adaptation of the life of Napoleon, a figure that obsessed Stanley Kubrick for years, is now in charge of Ridley Scott. Joaquin Phoenix plays Bonaparte; the actor and director of the film are working together again after 20 years. Actress Jodie Comer plays Josephine de Beauharnais.

The title of the film refers to an English expression which means that “there is a general’s baton in every soldier’s kitbag”.

We are delighted to be part of this project.
Costume Designerr : Janty Yates
Expected to be released in 2023