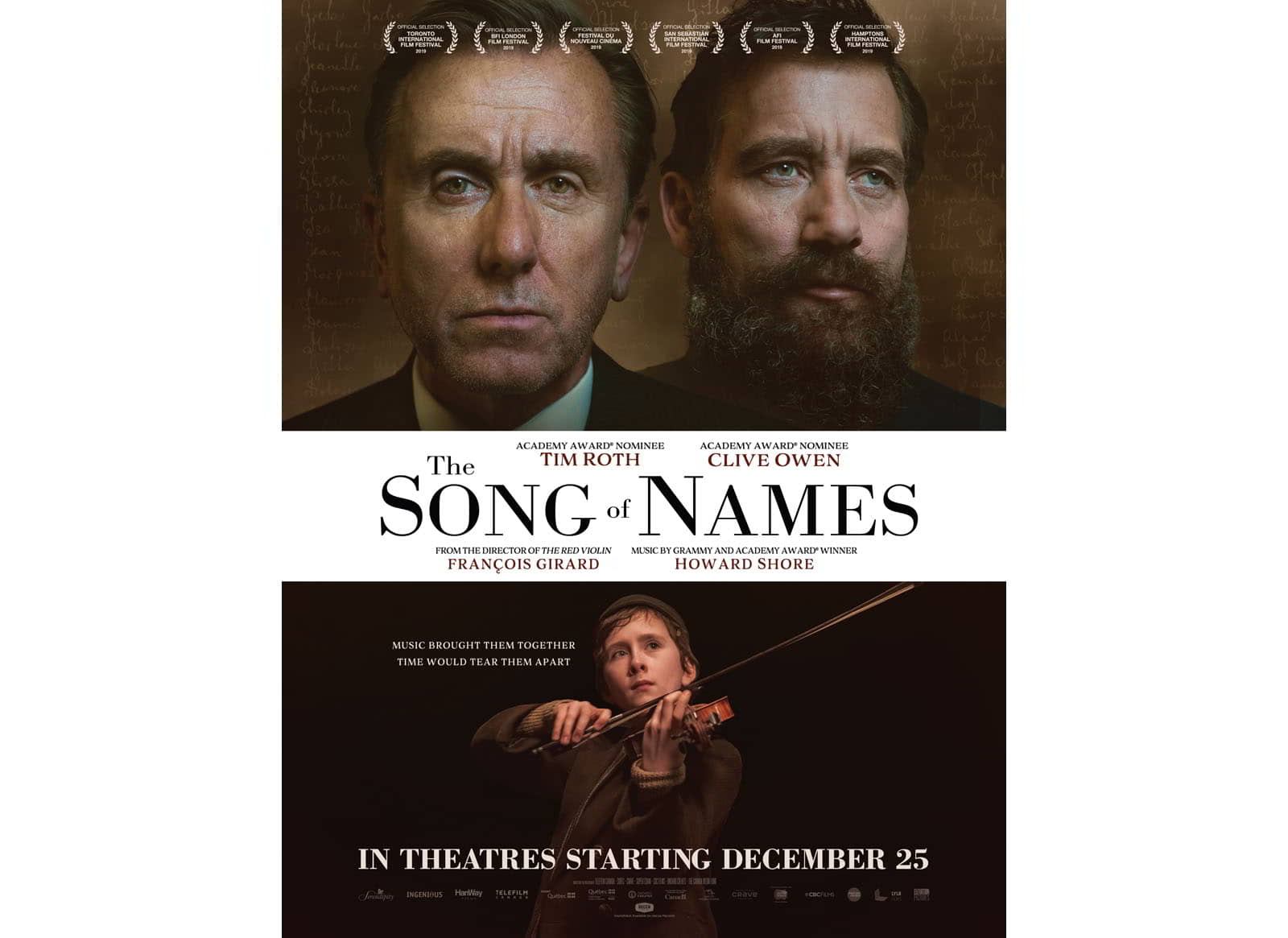 The Song of Names – a Francois Girard film

This remarkable cinematic film set over half a century and two continents tells the moving story of Martin & Dovidl with music at it’s core, the war, lost souls and deep friendship.

We prepped and filmed in Europe for over 4 months, London, Budapest, Madrid, Warsaw, Treblinka and finished our epic journey in Montreal. Thank God for those wheels on the suitcases!!

I arrived in Budapest to start the prep on our film and within the first week we flew to Madrid and spent the most useful 24 hours.  Javier and the team at Peris Costumes made it so easy and seamless showing us all their resources, stock & possibilities. Such a gift!

Knowing what could be at the tip of my hand made designing the film so much better & easier!

The opening scene of the film has over 600 extras arriving at the Gala concert in 1950’s evening dress pouring with rain – Peris Costumes made over 300 men’s trench coats in a variance of shades to start the tone and colour palate of the film. It’s so tasty, it’s exactly how I wanted it!!

We rummaged and sourced out everywhere, but Peris was instrumental in getting our looks & textures – it was smooth and effortless with another trip to Madrid and numerous to the Budapest branch – Fabulous!!

The film was extremely ambitious with so many languages, so many countries and so many decades & so many different scenes made the juggling tricky but what great joy to have discovered Peris Costumes and an honour collaborating on The Song of Names!!