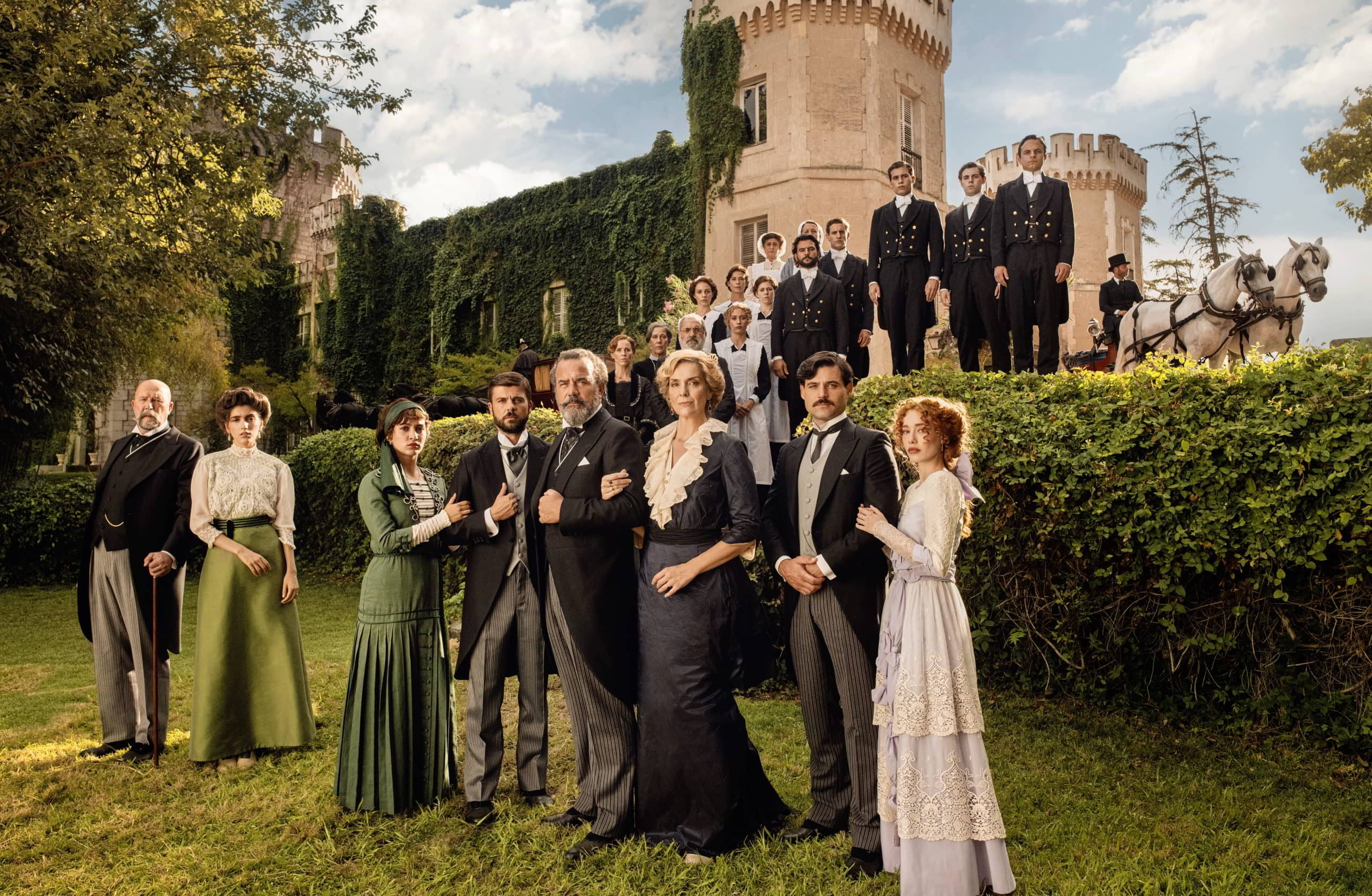 The filming of this co-production between RTVE, STUDIOCANAL and Bambú Producciones began in early September. The series is an original idea by Josep Cister Rubio, and promises to delight fans of Downtown Abbey.

In 1913, Manuel (Arturo Sancho), the son of a Spanish landowner, is rescued from his plane by an unknown woman, who refuses the reward and only asks to work in the palace of La Promesa. Jana’s (Ana Garcés) true intentions are to solve the mysterious murder of her mother and the disappearance of her brother and to take revenge, which has led her on the trail of the Marquises of Luján. Love, however, will stand in her way and hinder her mission.

At Peris Costumes we are thrilled to be able to work on such an ambitious and painstaking production, and to put on our costumes to recreate, along with the marvellous palaces and exteriors, the Spain of the Restoration. Love, revenge and class struggle intermingle in this series that we can’t wait to see more of.