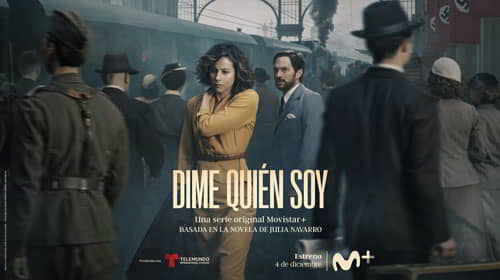 In commemoration of Women’s Day, the PEACOCK platform has premiered in the United States the series “Dime quien soy: Mistress of war” based on the novel by Julia Navarro. Starring Irene Escolar.

Beta Film has also sold the rights to the series to HBO Latin America and channels in Norway, Denmark and Finland.
Dime quién soy’, according to Movistar+ data, was the most watched content on the platform last Christmas.