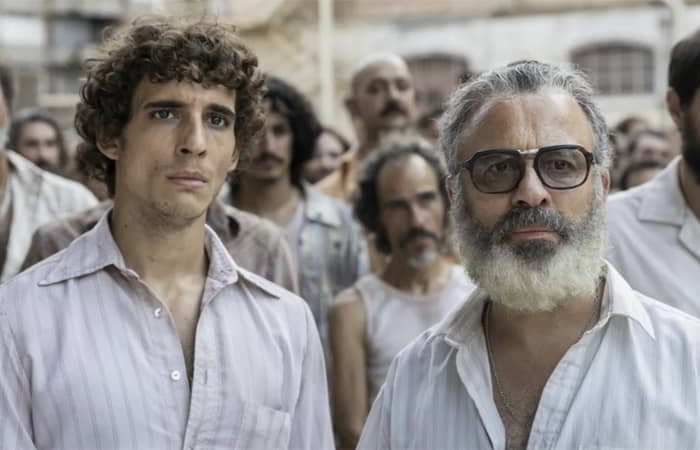 A young accountant who is imprisoned and awaiting trial for a fraudt for which he could be sentenced to prison for between 10 and 20 years, a disproportionate punishment for the money he appropriated. In 1977 and in prison, the law of the strongest rules .