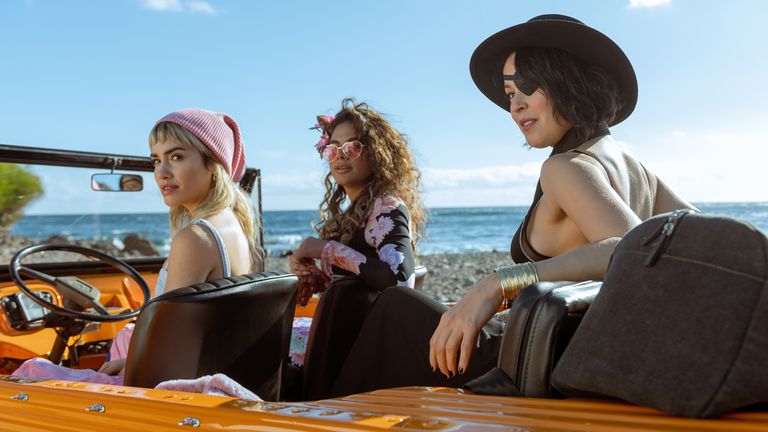 The eight episodes of the long-awaited third and final season of the series Sky Rojo have recently been released on the streaming platform Netflix.

The story begins with the prostitutes fleeing from the pimp who was exploiting them, taking 4 million euros with them in the process. Their new life in peace, however, will be short-lived as their past pursues them, and seeks revenge. They will have to stop running away and fight to free themselves and survive.

From the creator of La casa de papel, Álex Pina, and Esther Martínez Lobato (Vis a vis), the series is produced by Vancouver Media and once again stars Lali Espósito, Yany Prado, Verónica Sánchez, Asier Etxeandia and Miguel Ángel Silvestre. As a novelty, the singer Rauw Alejandro joins the cast.

Peris Costumes has participated in this project with its costumes.