Home / News / The first phase of the shooting for the film “Modelo 77” at the Modelo Prison in Barcelona has been completed. 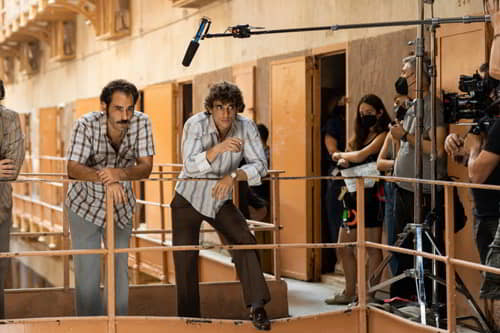 The crew of the film “Modelo 77”, directed by Alberto Rodríguez, moved to Seville to complete the shooting for various locations, including the archaeological site of Itálica.

Distributed by Buena Vista International, after its theatrical release, it will be broadcast exclusively on Movistar+.