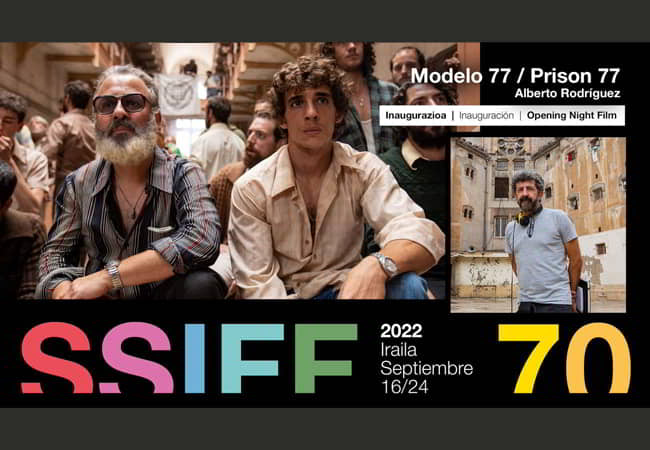 The latest film by Spanish filmmaker Alberto Rodríguez, Modelo 77 / Prison 77, will open the 70th San Sebastian Festival out of competition.

A thriller set in Spain during the political transition with actors Miguel Herrán and Javier Gutiérrez. The film will be screened after the opening gala at the Kursaal Auditorium on 16 September.

This project has required the service of the Peris Costumes tailoring team and had included on our stock of costumes and uinforms to bring the story of the film to life.

Inspired by real events, it is a story of friendship, solidarity, and freedom. The action starts in Barcelona’s Modelo prison, where Manuel (Miguel Herrán), a young accountant awaiting trial for misappropriation of funds, faces a sentence of 6 to 8 years, a disproportionate punishment for the crime he has committed.