Home / News / The film “Aquí me rio yo”, co-produced by Italy and Spain, premieres in Spain in April. 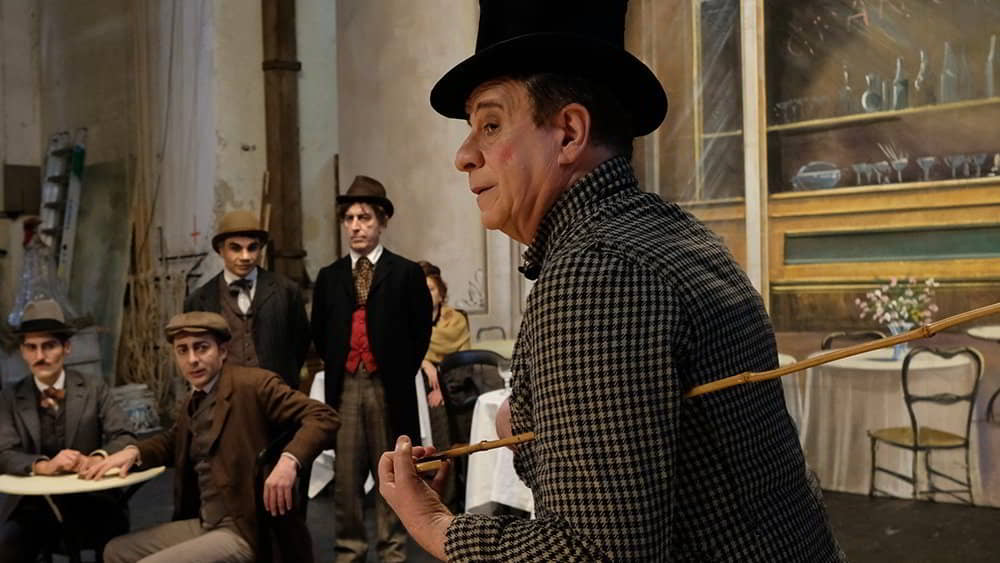 “Aquí me rio yo” (qui rido io) , directed by Mario Martone, opens in Spanish cinemas on 8 April, a co-production of Indigo Film, Tornasol Film and Rai Cinema that premiered at the Venice Film Festival. An interesting story, a first-class cast and a careful and rigorous script make it one of the most important films in Italian cinema in recent years.

A drama that narrates the life of the Neapolitan actor and playwright Eduardo Scarpetta, his extended family and his theatre company, and the peak of his impressive professional success. A life dedicated to the theatre.

The film stars Toni Servillo in the lead role; it is interesting not only for its intrinsic value, but also because it takes us on a journey to the Naples of the time when it was truly a European-level cultural capital.