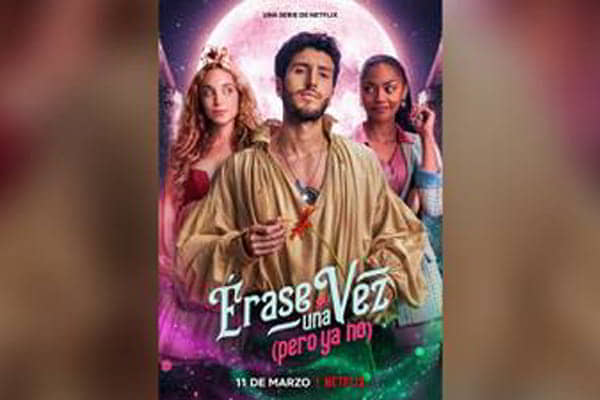 Director Manolo Caro (La Casa de las Flores, Alguien tiene que morir) has created a musical that he defines as a reinvention of classic fairy tales, a story of two lovers who were tragically separated by a curse and who, in order to find each other again, must break the spell that has fallen on the strange town where they live.

With an exceptional cast that includes Rosy de Palma, Asier Etxeandia, Itziar Castro, Nia Correia and Sebastián Yatra and many more. In this project we have made many pieces for the main characters and extras, working together with the costume team of the series so that no detail was left to chance.

The series will have another great attraction: the most famous and classic Spanish and Latin pop songs that the audience will be able to enjoy and recognize in the voices of their interpreters.

Here is a preview