Home / News / All nine episodes of the first season of The Gilded Age are now available on Hbo. 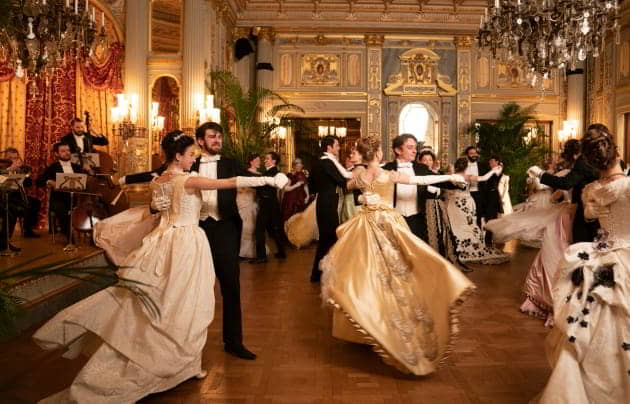 The final episode of the first season of The Gilded Age answers most of the questions that audiences have been asking, while also previewing a little of what’s to come in season two.

The series chronicles the lives of upper-class families in the late 19th century. The costumes are what stand out the most, all the aesthetics of the characters were made by the Costume designer #KasiaWalickaMaimone and her team.

We have made hundreds of costumes for extras and made shoes for the main characters and extras.   Women’s fashion with silhouettes very defined using corsets and the polison that was tied at the waist under a pair of petticoats.

A meticulous work of the Peris team, our workshops in Lisbon that together with Patrick Wiley Costume Associate Designer of the series have worked so that no detail was missing in the wardrobe.

Here are some  more images of some of the costumes we made for the series.