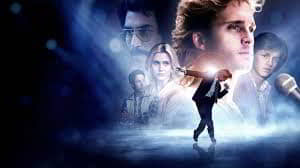 The Tv show “Luis Miguel”, will be released in 2021. Although the project had to be paused unexpectedly due to the pandemic, at the end of April, Boneta gave an interview in which he explained that due to the quarantine the project had been postponed until further notice.

The actor also stated that, due to the conditions of a film set in this type of production, taking extreme precautions and abiding by government confinement provisions are actions that could not be ignored.

Boneta added that one person in the production lost his life, so the issue should   be taken seriously. A production is a place with a very high level of contagion, there are always people near you: they are touching you because of your make-up, they are putting the microphone on you, and I am not just saying this for me, but everyone could be exposed. In these new chapters, the protagonist will play a mature Luis Miguel using prosthetics that are impressive; they need 3 hours to make the transformation.  During a year, tests were made with different type of prosthetics. An expert make-up artist, who worked with Boneta on “Terminator”, joined the project.  The whole characterization team is incredible, everything needed for this great acting challenge that means playing Luis Miguel young and mature. The costumes in this second season are from Peris, in collaboration with Costume Designer Solange Abreu.