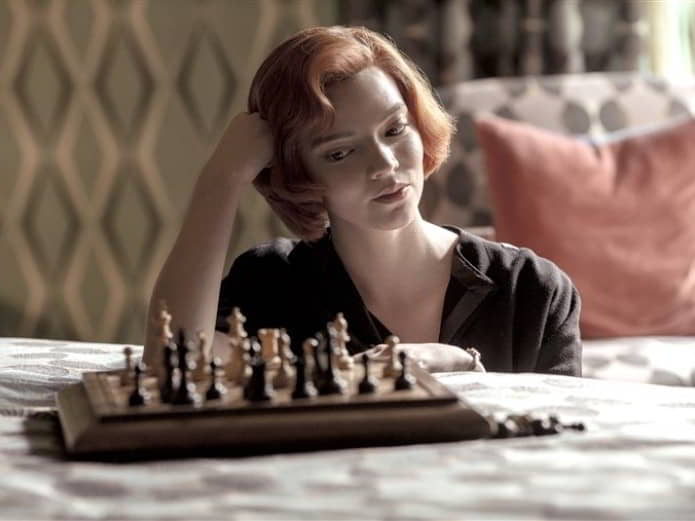 The Queens Gambit starring the actress Anya Taylor-Joy has been released. The story is divided in seven episodes.

It’s an intimate portrait of her characters created by Scott Frank, directed by Allan Scott and has a fantastic cast.  A story set in the 60’s that tries to go much deeper than a chessboard.

Based on the novel by Walter Tevis from 1983. Chess can be like war, and for Anya Taylor-Joy it has been a great challenge to play a brilliant and tortured young prodigy. The actress commented. “…I was very moved and immediately understood this …. I am ready to bleed for this.