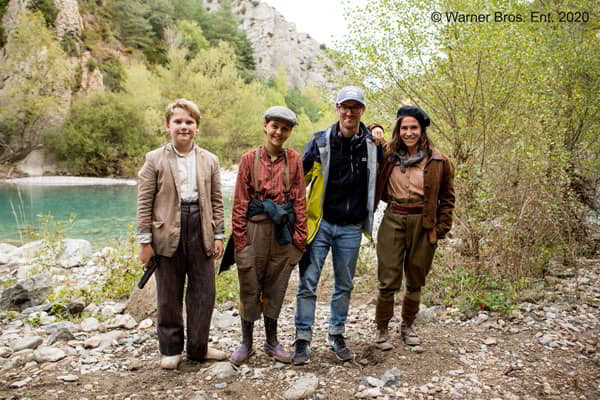 After five weeks, the shooting of THE PATH, a Spanish-German co-production by Tobias Wiemamm, has been completed in Catalonia.

Different locations in Catalonia and mainly the Pyrenees have been chosen for the different scenes. Sites such as Baqueira, the Parc dels Olors in Claverol or the medieval town of Besalú stand out.

In the face of the Nazi threat, two children escape and set off on a journey through the Pyrenees to an unknown reality.

THE PATH is inspired by a true story of thousands of Jews who escaped from the Nazis through the Pyrenees. The director will turn this odyssey into an exciting adventure full of humour. The main characters Nonna and Julius, two young talents, with a special angel that crosses the screen.