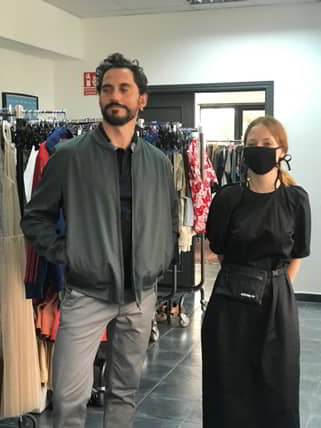 The comedy “Papá o Mamá” starring Paco León and Inma Cuesta. begins shooting on June 22nd. Produced by Atresmedia and the Secuoya Group, it will be the first to be shot outdoors with great security measures adapted and a specially developed protocol “Shooting safely after the Covid-19”.

Movistar+ announced that shooting will continue in mid-June on HIERRO SEASON 2, starring Candela Peña in the role of judge in the investigation of a difficult murder case.

Peris as in the first season will serve the costumes working with designer Alicia Saturna, costume designer.

The new season began on the Canary island before the state of alarm was declared, but only three days of work were completed.

Now, the exceptional conditions of El Hierro in terms of controlling the pandemic make it possible to restart production.