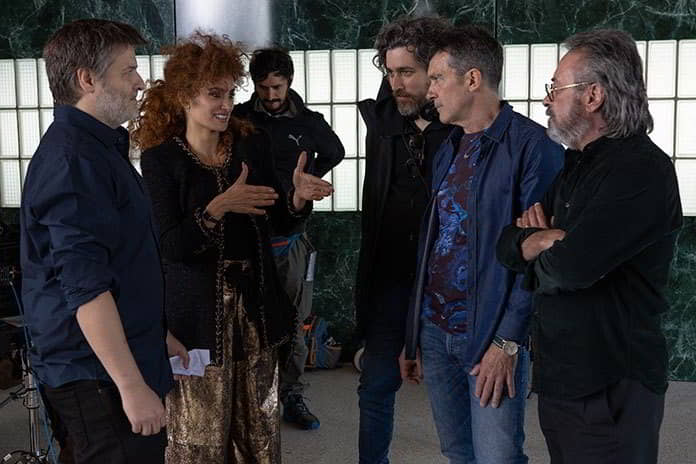 The movie directed by Mariano Cohn and Gaston Duprat  from Argentina, restarts the shooting that had been suspended in March due to the pandemic.

According to Director Mariano Cohn “…In this film you will see an intense mix of the universe that we know best: that of directors and actors trying to do one of the most unnatural and complex things in the world, for me: to make a film.

You will also see the actors Nagore Aramburu, Pilar Castro and Irene Escolar among others. Produced by Media Pro Studios.