Home / News / The fashion world loses Pierre Cardin, one of its greatest creators 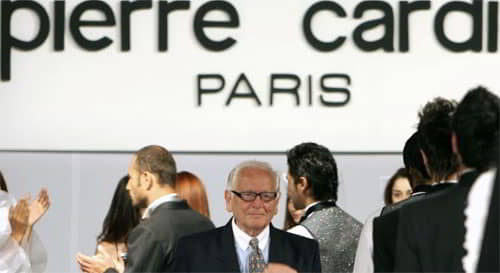 The designer who revolutionized the pret a porter with his futuristic designs died yesterday in Paris at the age of 98.

The designer was a pioneer and left a unique artistic heritage in fashion. Born in Italy in 1922, son of a family of farmers moved with his parents and brothers to France to escape fascism.

He was a man of many talents and a tireless worker. He began as a tailor’s apprentice in Saint Etienne and in 1947 was the first employee of Christian Dior.

In 1950 he opened his own maison and began to amaze the world with his designs.

Cardin understood the need for women to go out into the world of work in the mid-20th century. The designer worked hard on his umbrella licenses, wallets, scarves and many other objects.

He designed costumes for Salvador Dali, Rita Hayworth and many others. He was the first couturier who managed to enter the Academy of Arts, a great achievement that made fashion recognized as a complete art.