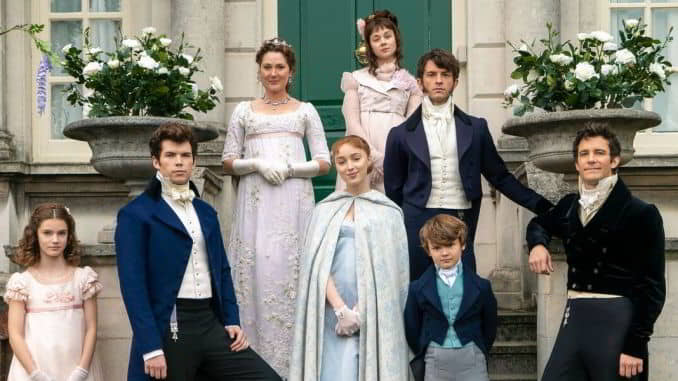 The Bridgertons, a period fiction that will have eight chapters of one hour each. The story is based on the best-selling romance novels of the writer Julia Quinn.

It takes place in the world of high society in London. We will see the story of Daphne Bridgerton, played by Phoebe Dynevor, the eldest daughter of the powerful and wealthy Bridgerton family, as she enters the competitive marriage market of Regency London.

Daphne hopes to follow in her parents’ footsteps and find true love but her hopes are dashed when a scandal-ridden diary comes to light in which she is involved and the candidates are fewer and fewer. Despite her lack of success in the marriage market, Daphne meets the most coveted but rebellious bachelor: the Duke of Hastings, played by Regé-Jean Page. Julie Andrews gives voice to the mysterious author of the texts Lady Whistledown. She is a woman with an anonymous identity who tells all the secrets of 19th century high society and scandalizes the entire elite.