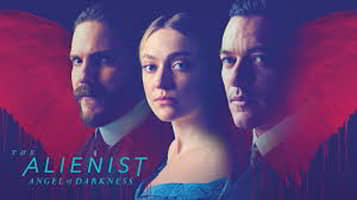 The successful thriller starring Dakota Fanning , Luke Evans and Daniel Bruhl has released its second season , The Angel of Darkness

Peris Costumes has been the supplier of the costumes, accessories   in collaboration  with the costume designer Rudy Mance .

The actress’s wardrobe stands out, as she has declared that wearing those clothes was an absolute privilege. The costumes with puffy sleeves, corsets and narrow waists changed her way of moving and helped her to get into the character.

The realization of the garments, both in the selection of materials and in the execution of the manufactoring , the result is  an exquisite quality