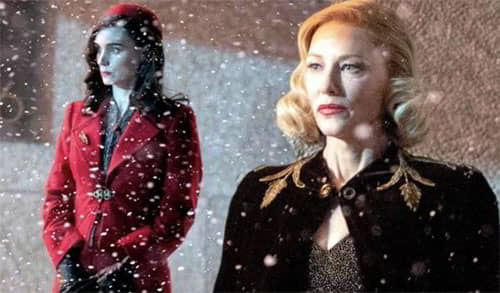 Director Guillermo del Toro finishes the shooting of “Nightmare Alley” in Canada and it will be released in December 2021.

Shooting began in January 2020 and was suspended for a few months due to the Covid pandemic.

The film is based on the 1946 novel by William Lindsay Gresham. This would be his second film adaptation, and according to Collider, the film is a kind of continuation of The Water Form, a film that won the Oscar for best director.

Del Toro wrote the script with Kim Morgan and the production is in charge of J. Miles Dale, Guillermo del Toro and Fox Searchlight with TSG Entertainment.

The wardrobe design was in charge of the renowned Luis Sequeira and we have been lucky enough to have some of the garments come out of our stores.