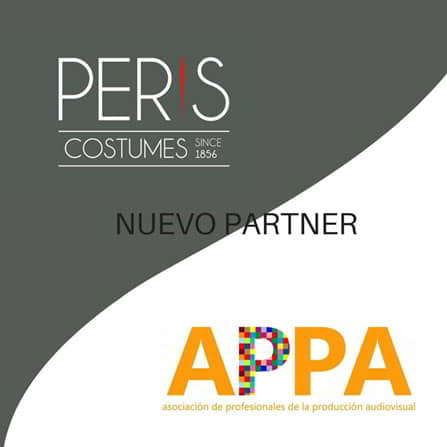 We are pleased to announce that we have joined, as a sponsor, the APPA (Spanish Audiovisual Production Professionals Association).

This association was created in 2008 as an answer to the need of the audiovisual sector. APPA includes professionals from the world of television, cinema and theatre; its objective is to collaborate with all types of national and foreign bodies, institutions, associations and societies or any other forum that affects the audiovisual industry.

The APPA was created with clear objectives, already outlined in its own definition, but also taking into account a series of points that constitute the main driving force behind the creation of an identity with its own legal personality and whose geographical scope is Spanish territory.