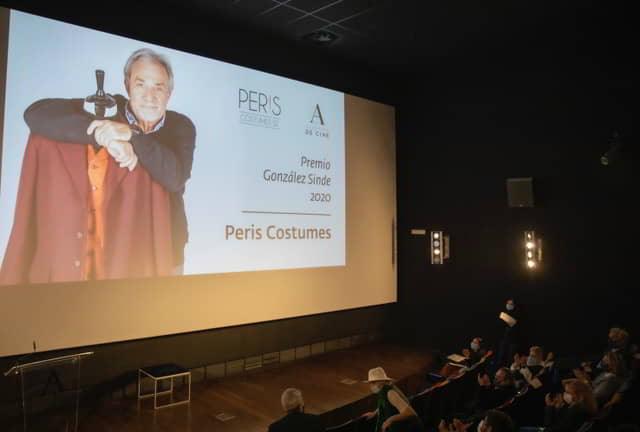 Today is a special day for the Peris Costumes team. Our CEO Javier Toledo, accompanied by a large part of his team and his family, received the distinction from the actress Marisa Paredes and his sister, the costume designer and artistic director Veronica Toledo.

“Peris is part of my personal and professional life. In all my works I remember myself dressed in this house,” said Paredes, who did not want to miss this tribute that makes it clear that “there are wonderful people who think of others.

“When the pandemic began, there were many people who needed to protect themselves to save their lives. Until that moment, it would not have occurred to us that things from our stock could be useful, but the situation was dramatic and we all knew someone who needed to protect himself with something as simple as a protection jumpsuit , some gloves or a mask. We started to look for and make as much as we could,” said Javier Toledo, who never thought they would receive any prize. “And we already have two: the grateful face of many people, when they received the little that we could give them; and another one today, which is the recognition of our industry to a small action so that cinema can be integrated into society.

We thank the Academy for this distinction and congratulate Actua Ayuda Alimenta who has also received the Gonzalez Sinde award for her magnificent work.