Home / News / Neil Marshall’s Film, The Reckoning at the opening of the Fantasia International Film Festival 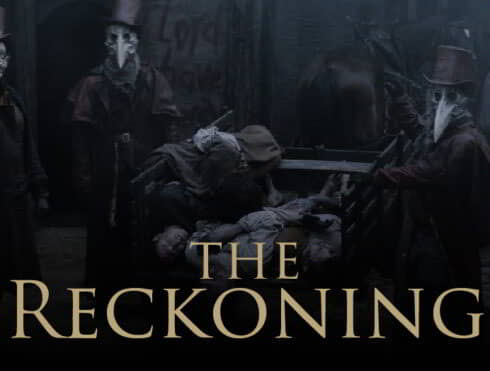 The Reckoning has been premiered with great impact at the Fantasia Film Festival, one of the most important events of the genre.

Directed by Neil Marshall, the film is a Fourth Culture Films production associated with Bondit Media Capital. With a portion of financing from independent investors. Shot in Budapest, Hungary, in a studio that contained all the necessary settings including the farm.  The dungeon interiors and the castle courtyard and a Tudor village were shot in the middle of summer, in June and July 2019.

It tells the story of a woman accused of witchcraft, after losing her husband to a plague.

The selection of the costumes was carried out by Fany Dukat from the film’s costume team  in our warehouse in Madrid.  There were also pieces made to order in our saddlery. During the whole project we worked together with our warehouse in Budapest led by Kata Elek to offer the service that this production needed.

We celebrate and congratulate the team of The Reckoning for the success and all the award nominations that the film has achieved in this short time.