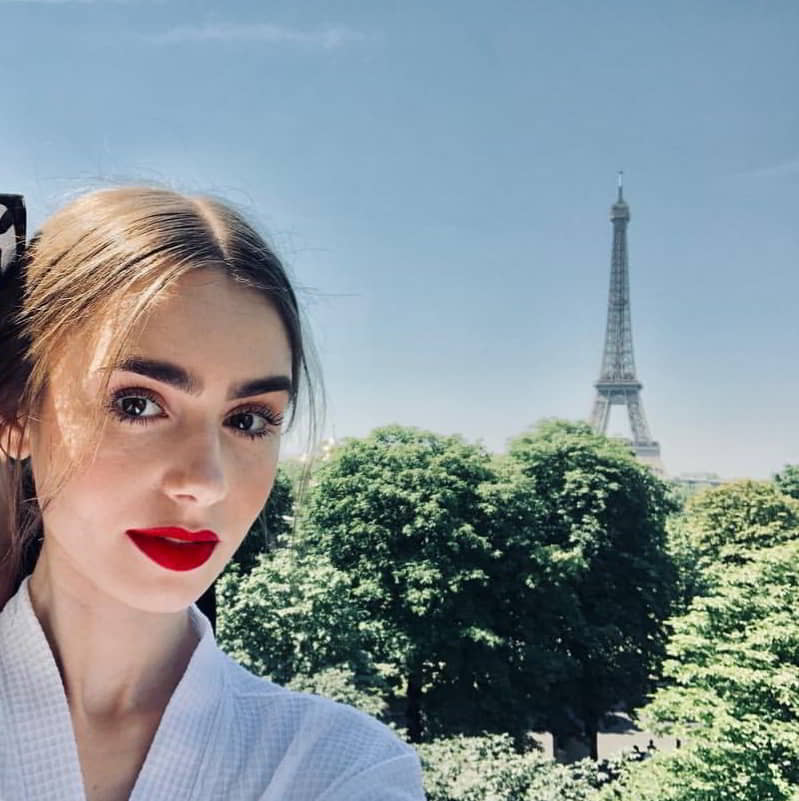 The TV Show Emily in Paris has finished its shooting just before the cancellations caused by the coronavirus.

Starring Lily Collins, it tells the story of a young American woman in her twenties who moves to Paris for an unexpected job opportunity. In the show, Lily experiences the culture shock of a non-French-speaking Chicagoan, her arrival in Paris and her immersion in the working world in a Marketing company.

The wardrobe design is in charge of Marylin Fittousi who has counted on Peris Costumes for this project.  The Tv Show was created and produced by Darren Star, a well-known American producer who has had successes in Sex in the City, Melrrose Place and Beverly Hills. Darren personally wrote several scripts and directed many episodes. In addition, Kate Walsh (Grey’s Anatomy, The Umbrella Academy) will play Emily’s mentor, who continues to live in Chicago. Ashley Park, William Abadie, and Arnaud Viard round out the cast.