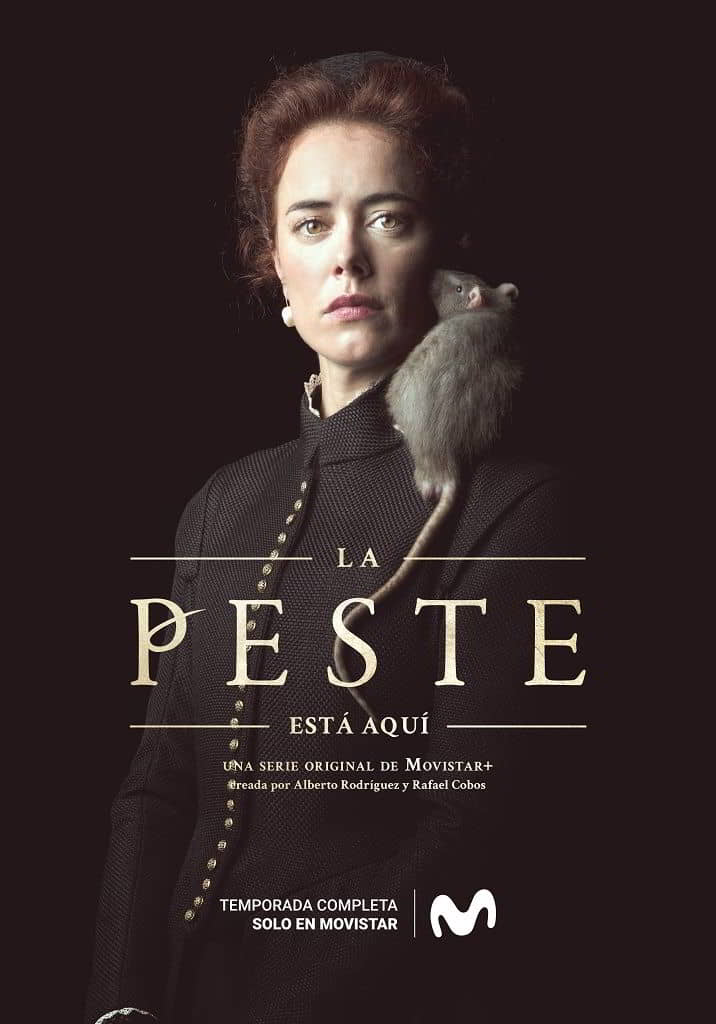 In a situation like the one we are living in, we cannot avoid remembering the Tv show that we´ve worked on, which are somehow linked to a pandemic.

La Peste (The Plague), in which we worked hand in hand with the costume designer Fernando García in both  seasons, brings us images of the epidemic that was installed in Seville in the 17th century.

The costumes of an era are always influenced by historical events. While the first season was tinged with the darkness of illness, the second season opens the way to color and hope

In this second season we see furs, a multitude of jewels, embroideries and silk fabrics that have given splendor and light to the wardrobe.

Fernando Garcia, responsible for the costumes of the two seasons had pieces from our stock and specially made in our workshops in which we have worked with the team of costumes of the series composed of 30 people plus a team of historians. They were in charge of designing the sketches, selecting the fabrics and dressing 80 actors, 2000 stunts and 200 children.

Teresa´s and Juana´s dresses needed special dresses. Although Teresa in the first season showed a hard and sober image with the passage of time abandons the black that identified the epidemic and bets on color full of light.