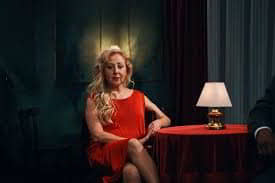 The HBO platform has announced the #Escenario0 premiere, a new fiction project produced by the actresses Barbara Lennie and Irene Escolar.

Six episodes, each one of them has a team of outstanding authors, directors and actors. A unique project that mixes different disciplines and creates an original fusion between the scenic and audiovisual arts.

Produced by Calle Cruzada. Six theater pieces selected to become films with the participation of the film directors to see what would come out of these two languages with as many similarities as differences.

Carmen plays the most beautiful of women, Helena the only daughter of Zeus with a mortal claims her dignity and sighs for oblivion in this trial to eternity.